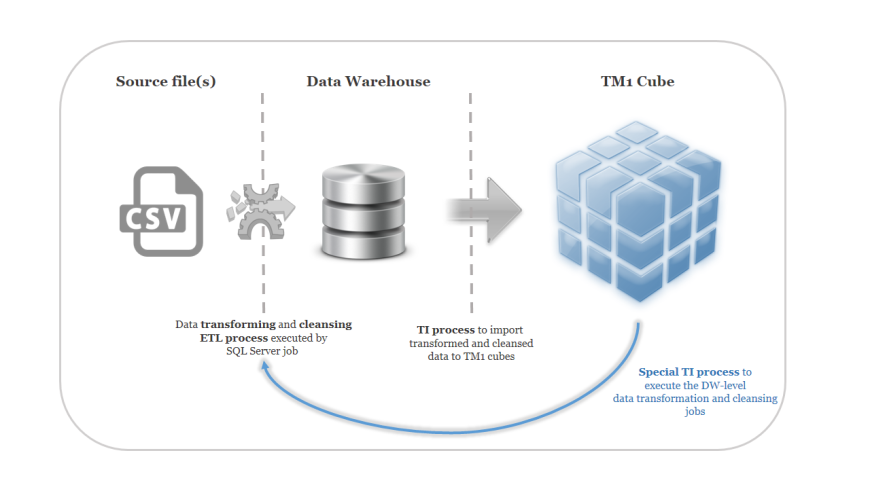 TM1 Turbo Integrator is quite limited when it comes to loading data from different sources and transforming and cleaning the data before it can be loaded to cubes. Therefore you might have a dedicated data repository for your TM1 solution for example a data warehouse. Sometimes you need to refresh the DW data before it can be loaded to your TM1 solution. Then you face the question: how to manually execute data warehouse refresh ETL jobs? Of course you can always use SQL Server Management Studio and run the jobs there but if there is a need for the end users to manually refresh the data during working hours it would be nice to provide them a single-platform solution do accomplish this.

So lets face it: maybe you already have some user interface for the end-users to execute some TM1 solution’s internal TI-processes. It could be via TM1 Perspectives web sheets on TM1Web,  straight from TM1 Architect etc. Wouldn’t it be nice to have the ability to run external DW loading processes from the same place? Here is how to accomplish it.

Set up the logins and jobs in SQL Server 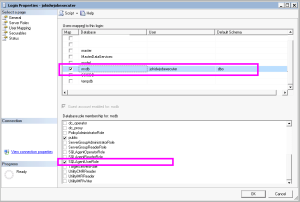 First of all you need to ensure that the user account that will be used when from TI process connects SQL Server has all the needed permissions in the SQL Server instance. At least the three following things must be ensured:

Set up TI process to run the job: zSQLJob_StartJob

To accomplish we need two different TI processes: one to actually execute the job and one to determine whether the job execution has ended or not. Let’s start with the main process zSQLJob_StartJob. It has one parameter p_sql_job_name which will contain the name of the job that will be executed. The process itself is quite straightforward and here is the complete code: 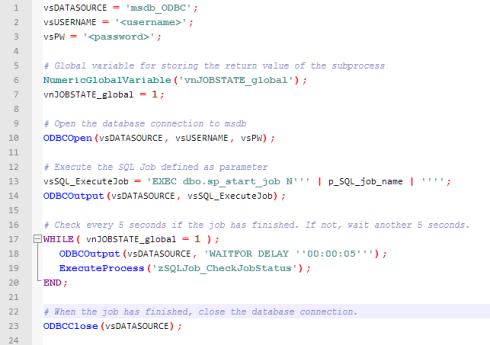 Set up TI process to determine the status of the running job: zSQLJob_CheckJobStatus

To find out whether the job has finished or not we just query the job status directly from the msdb database. To do that we use the following SQL query and put it in the “Data Source” tab like this: 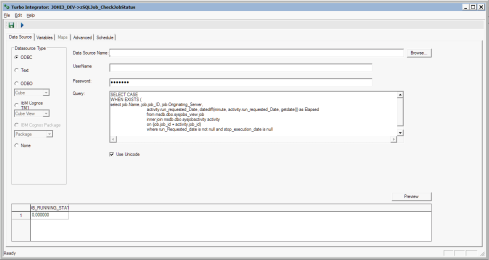 IBM Cognos TM1 is an excellent tool when it comes to planning, budgeting and forecasting. It also has hierarchy management capabilities but often you want to import hierarchies and data from an enterprise MDM solution such as Master Data Services (MDS) in SQL Server.

When  importing hierarchies and data to TM1 one must be careful with the business codes, ids and names of the entities being imported to TM1 since it has an interesting “limitation” (or feature, depends on from who you ask): all the elements within a dimension must have not only a unique id but also a unique business code and a unique name. It means that the following cost center source data example cannot be imported because the elements have duplicate names (although the business codes differ):

To prevent situations like this and prevent having problems when importing data to TM1 one must be sure that there are no duplicate names or codes in the source data. In MDS this situation can be handled nicely by using MDS business rules.

In MDS you can define business rules to automatically keep your data in shape and also make some automatic processing to your data if wanted. Now we want to prevent duplicate names in the cost center data (codes are automatically unique so we don’t need to think about them).

Force the cost center names to be unique

Now that the business rule is defined and published we can apply it to the data itself:

As we can see two cost centers have the same name “General” and that violates the business rule definition.

The red flag indicates that there is a problem with the data and it needs to be fixed. You can also define business users to have notification emails when the validation rules fail so that someone can instantly fix the issues before they are causing errors in the downstream systems such like TM1.

After the the names are fixed and the business rules are applied again the situation is OK and the data meets the quality needs of TM1 and its ready to go!

No duplicates exist – the data is good to go

In most cases the hierarchy data goes first into a data warehousing system before it’s loaded to TM1. If that’s the case you can brute force the uniqueness of the names by storing both the consolidated and leaf members into a single table and then defining a unique constraint on the name column. That will keep your data well-formed. It’s not the most beautiful way to do it but a very effective one. Let’s hope that we can tackle this situation also in the future versions of MDS.